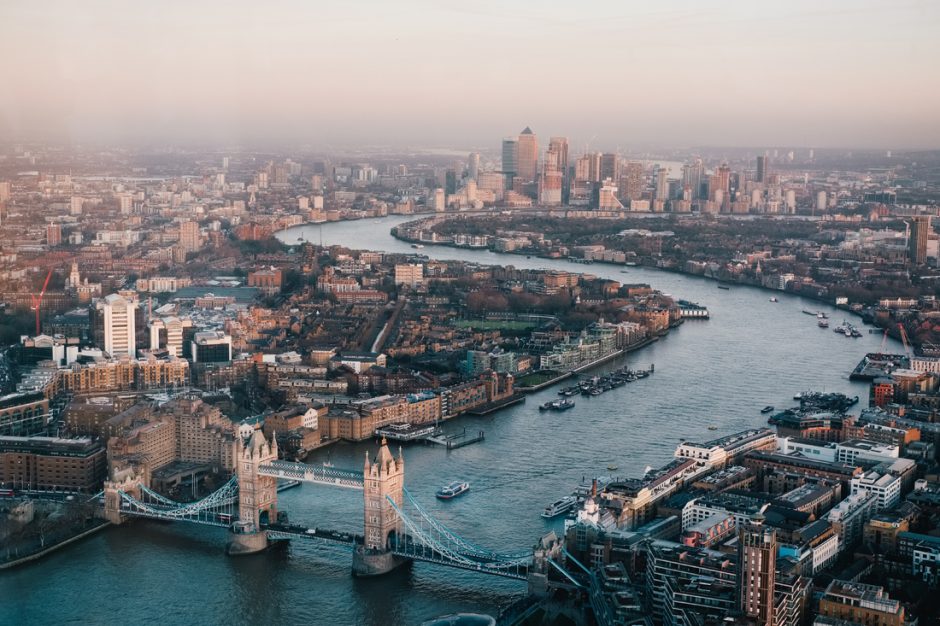 No matter what time of year, you can never go wrong with a city trip to London. There’s never a lack of things to do in the English capital. But what are the essential things to do in London during your first visit? Let me share my insider tips with you to help you get the most out of your first city trip to London! Here’s a complete programme and free map for day 1, taking you on my favourite city walk!

>Your ultimate city guide with things to do in London: day 1

Your weekend starts off rather spectacularly with a sightseeing tour along almost all famous sights in London. Much of the walk follows the river Thames, the prominent blue artery that curves its way through the heart of the city.

Let’s start by ticking off the first item of your bucket list with things to do in London: Buckingham Palace. 99.9% of the tourists who book a Dutch-language tour with me are eager to see the Queen’s home. And to see the Changing of the Guards of course. Would you also like to attend this ceremony? Then have a look at the latest information about the changing of the guards.

You can access the palace from several directions, but I always approach it from Trafalgar Square. (More about this on day 2.) Walk underneath the elegant Admiralty Arch and keep going straight ahead on The Mall. If you continue on this road, you’ll walk straight into Buckingham Palace. Well, not through the front door though!

But for now you’ll have to do with a glimpse of the palace from a near distance. Because instead of following The Mall all the way down, you’re taking a left on Horse Guards Road. Via the Horse Guards (mounted guards) and Whitehall, you’re walking towards the most famous address London: 10 Downing Street. This is the prime minister’s office.

Not far from 10 Downing Street, you’ll find three of London’s most iconic sights huddled close to each other. At the end of Whitehall you can see the famous Westminster Abbey where nearly all royal ceremonies take place.

The Houses of Parliament (also called Westminster Palace) to the right of Westminster Abbey make for an impressive sight. And can you spot the clock tower of the parliament building? Now whatever you do, do not call it Big Ben! Big Ben is in fact the nickname of the bell inside the tower.

The three sights I just mentioned look a bit sad right now. They’re all covered in scaffolding at the moment. Renovations on Big Ben are expected to finish in 2021 at the earliest.

You can catch a glimpse of the world’s most famous clock from Westminster Bridge right next to Parliament. They kindly left one side of ‘Big Ben’ clear of scaffolding, allowing visitors to still take pictures of it!

From Westminster Bridge you also have a magnificent view of the Houses of Parliament. At night the sight of Parliament is truly stunning. The reflection of the twinkling lights in the Thames create a magical and romantic effect.

At the other side of Westminster Bridge there’s yet another famous London sight that’s dying to greet you: London Eye! This Ferris wheel moves so slowly that it seems to be at a complete standstill when you look at it from a distance.

Take the staircase next to the bridge down to walk towards London Eye. It might be a bit of a squeeze here because you’ll notice this area is a big bottleneck. This is caused by the conglomeration of the popular attractions Shrek’s World, London Dungeon and Sea Life in the building at the foot of the bridge.

Southbank: the cultural hotspot south of the Thames

Did you manage to squeeze your way through the crowds? Good! Now continue your walk along the Southbank, literally the south bank of the river Thames. During the festive weeks prior to Christmas there’s a lovely Christmas market here. Enjoy some warm mulled wine, munch on some festive snacks or find unique gifts at one of the many charming stalls.

The Southbank is host to a plethora of cultural institutes. The Southbank Centre for example houses a number of prominent galleries and concert halls. Next to the Southbank Centre you’ll find the British Film Institute (BFI). In addition to daily film screenings, the BFI also hosts a number of world-renowned film festivals and events. Finally, the BFI’s neighbour, The National Theatre, is one of London’s most prestigious theatres.

Southbank insider tips
The Hayward Gallery often hosts very accessible and Instagram friendly exhibitions. You can watch films and TV programmes for free in the BFI Mediatheque! No need to reserve.
In the mood for tasty Mexican street food and delicious cocktails? Then make your way to Wahaca restaurant!

Each Saturday there’s the lively Southbank Centre Food Market at the other side of the Southbank Centre. And there’s often a great book market right under the bridge next to the BFI, good to pick up a bargain!

The Southbank is a fantastic spot for people-watching. It’s always busy with all sorts of people here, from culture seekers to tourists to impressive street performers. Settle yourself down on a bench facing the river and enjoy the London skyline as your backdrop.

If you continue your river walk, you’ll walk through OXO Tower, a creative hub. In the small gallery spaces you can buy exclusive jewellery and designer products made by independent artists.

Not far from OXO Tower you’ll find my all-time favourite museum: Tate Modern. Even if you’re not interested in art, this museum for modern art is an absolute must-visit! It’s located in a former power station and looks very grand, both from the outside and inside.

Just opposite Tate Modern you can see beautiful St Paul’s Cathedral. This is London’s biggest cathedral and also one of my favourite buildings in the city. The contrast between the brutal and industrial Tate Modern and the elegant architecture of the cathedral couldn’t be any stronger. Yet, I adore both these buildings and am fascinated with the way they’re juxtaposed.

Tip!
For the best views of St Paul’s, walk slightly up the Millennium Bridge or head up to the free viewing platform on the 10th floor of Tate Modern (as in the photo above).

I recommend walking up to the beginning of the modern Millennium Bridge and look at your feet. Well actually, underneath your feet. Because then you’ll be able to spot the miniature artworks by Ben Wilson. This artist paints on the flattened down pieces of chewing gum that are spat out on the bridge. Perhaps not the most sanitary art practice but it does brighten up the bridge.

From the bridge you also have a good view of the Globe Theatre, a replica of Shakespeare’s former theatre. They have outdoor performances here from April till October. I highly recommend it!

After Millennium Bridge you’ll pass a few more bridges during your river walk, including London Bridge. This is actually London’s oldest bridge. The first version of it – made of wood – was built by the Romans in 55AD!

Just before you hit London Bridge you’ll find Borough Market, one of London’s largest and oldest food markets. This is really THE place to be for foodies. You can find almost anything here to suit your taste buds! From French cheeses and artisan bread to fresh oysters and homemade paella.

If the endless array of stalls aren’t enough for you, then you can always visit the countless wine bars and eateries surrounding the market. Note that the market is closed on Sundays.

At the start of London Bridge itself, cross the road and walk down the staircase at 1 London Bridge. This will lead you back to the riverfront. The next bridge you’ll come across is Tower Bridge. This is by far the most beautiful bridge in London and also one of my favourite London sights.

Bit of a rewind: between London Bridge and Tower Bridge you’ll pass the highly impressive Hay’s Galleria. And what do you thing if the ultramodern City Hall right opposite the 9-deck war ship HMS Belfast?

Make sure to make a slight detour to Butler’s Wharf once you’ve hit Tower Bridge. Both Butler’s Wharf and Hay’s Galleria were very important locations in the time of the British Empire. They would store tea and exotic spices here in the 19th century. I especially love walking through the narrow, romantic streets between the old warehouses of Butler’s Wharf. I always feel like a character from a Charles Dickens novel!

Next to Tower Bridge you can see the former royal palace from which the bridge took its name: Tower of London. This is the end of your walk along the Thames.

Have you ever been to London? What was your favourite thing to do or see?
Let me know in a comment below!
Thanks, Zarina xx

Things to do in London: save this guide on Pinterest

5 Things to Do in Wellington When It Rains

My Travel Highlights of 2018