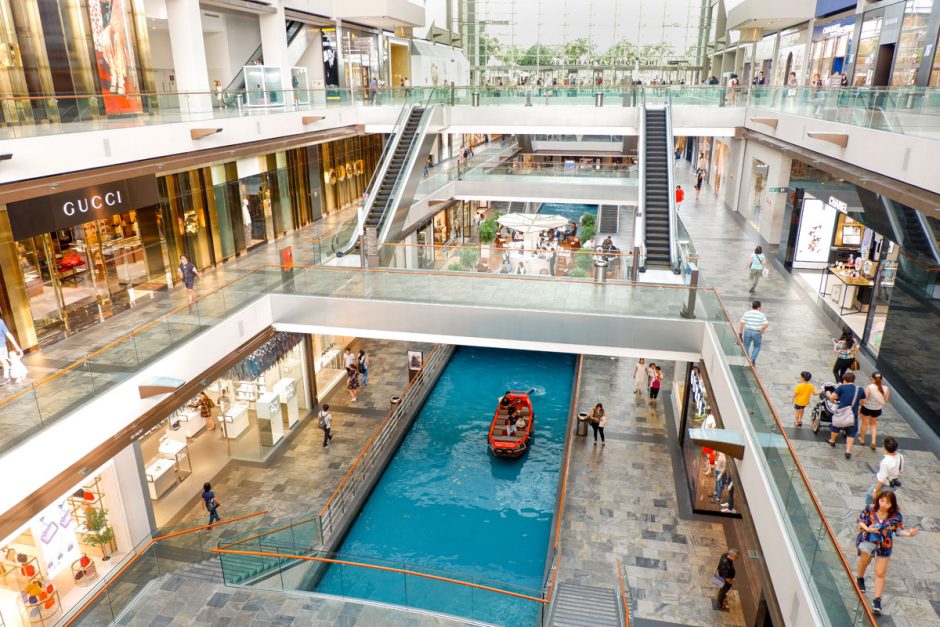 Planning a trip to Singapore? Then I urge you to read this blog post very carefully first! I’m warning you for a potential danger you won’t read about on any other travel blog. Want to go to Singapore fully prepared? Use this Singapore shopping malls survival guide!

I had set foot on Singaporean soil several times before, but never made it outside of Changi Airport. Singapore is a common stopover destination on eastbound long-haul flights. During transfers in Singapore on two previous trips to Australia and also a trip to New Zealand I always wondered:

What would the world look like outside this enormous and ultra modern airport?

I finally found out earlier this year when we finished our Down Under trip with an extended stopover in Singapore. Armed with my Pinterest board filled with crucial tips and must-see attractions, I felt fully prepared for this trip.

It didn’t take long for me to realise that none of the pinned articles had failed to prepare me for the biggest danger in Singapore! Which is the chance of being sucked into a black hole when entering one of the over 100 shopping malls. Because no matter how hard you try to find the exit, resistance is futile.

I’ve done that, been there.

While most travellers opt to spend 2-3 days in Singapore, we wanted to take our time and made a 5-day Singapore city trip out of it. In hindsight this was all for the better as I think we spent 3 days in shopping malls. Entirely involuntarily I might add.

It all went Pete Tong on day one already

After the umpteenth different time zone in 3 weeks time, we woke up bright and early on our first morning in Singapore. I remember feeling optimistic when looking out the window of our tiny hotel room.

I felt the warm morning sunrays on my face, which was absolute bliss after the temperamental New Zealand weather we experienced the previous weeks.

Oh, if only I could travel back in time so that my future-self could warn my naive past-self for what was about to happen! Because we could’ve never anticipated the way this day would turn out.

It started with our search for the Hop On/Hop-Off bus stop. I had suggested this would be the ideal way to explore the city-state in a leisurely way. According to Google Maps, the nearest bus stop was located in walking distance from our hotel.

We indeed found said bus stop right next to the dated and desolate Golden Landmark shopping mall. (Afterwards I read this shopping mall is surprisingly still a buzzing shopping destination.)

But… it wasn’t indicated anywhere this was a Hop On/Hop-Off stop and there was not a single tourist around. Rather odd considering you usually see dozens of those buses in big cities. This location with its sad looking shopping mall didn’t strike us as a happening tourist destination.

I sensed a big question mark floating above my head at that moment.

So, after walking up and down the surrounding streets endlessly, we gave up our search. Reluctant to give up our plans entirely, we decided to walk to the starting point of all Hop On/Hop-Off routes instead.

We finally found the boarding place for the bus at Suntec City, one of the largest Singapore shopping malls. This search-for-the-Hop-On-Hop-Off-bus-boarding-place was quite an ordeal, but this experience is worth a story of its own. I might share this in more detail with you one day (when I’m ready for it). But for now let’s just deal with one crisis moment a time.

Since we had been out and about for quite a while now already, we started to get hungry. So we walked into Suntec City in an endeavour to find something to eat.

3 hours later we were still wandering around the shopping mall.

And not just because we were having such a good time shopping.

We were lost. Big time.

Even after studying the map and directory a gazillion times, we just couldn’t work out where the exit was. To me it felt like we kept going in a loop, but oddly never came across the same shops.

Had we entered some mysterious parallel universe? It felt like we were stuck in an episode of the Twilight Zone. It’s a surprise we even made it out of there on the same day.

Because if there’s just one thing you need to know about the Singapore shopping malls, it’s that they are so bloody big they need their own postal code. Some of these malls are so big you could easily spend a whole week there and still visit completely different shops on each day.

As you can see in the photo below, you can even take a boat to traverse the high-end shopping mall The Shoppes at Marina Bay Sands.

Quite reassuring that TimeOut Singapore also mentions it’s easy to get lost in the 82,500 square metres (!) of Suntec City in their article The best shopping malls in Singapore.

Because besides an endless number of floors, Singapore shopping malls often also consist of different wings. Chockfull of flashy shops that all look identical.

This is quite a challenge for someone like me who has no sense of direction at all. (I know, it’s rather ironic that I am a London city guide…)

Perhaps I should also write a packing list for Singapore shopping malls one day. My top essentials would be a compass and a bottle of water. I might also suggest breadcrumbs and a yarn of wool to help you retrace your steps back to the outside world.

Want to read more about our adventures in Singapore?
I was completely surprised to find so many fantastic street artworks there:
Discover the Singapore Street Art Scene!

In some cases, trying to figure out the entrance whereabouts proved to be just as painful as trying to locate the exit of Suntec City. It may look so simple on Google Maps or your old-fashioned paper map, but I can tell you: it is not!

Because that’s how it often felt like in those Singapore shopping malls. One moment you’re walking casually through a dated and apparent derelict mall (like aforementioned Golden Landmark). You suspect to find only a handful of other unassuming shoppers (or similar lost souls) in there. But then, once you’re inside it’s like you followed Alice into Wonderland. With its shiny and ultra modern interior, filled with an overwhelming amount of shops.

Rather go on a city trip closer to home?
(At least if you’re based in Europe) Last year my bestie and I had an amazing weekend in Antwerp:
City Trip Antwerp: Get Your Culture Fix on a Budget

You really want to avoid some Singapore shopping malls on Sundays

We were told something really interesting about this on the Hop-On/Hop-Off bus. (Yes, it was obviously worth the effort because we learned quite a lot from the bus tour.)

According to the audio guide a lot of households in Singapore have a live-in servant. You might think Singapore is a rich and modern country, but not every citizen can enjoy the same level of wealth and freedom.

Sunday is the only (and obligatory) day off for those servants. And on that day they arrange to meet up with friends in a park or at a shopping mall.

Despite this insider information we foolishly attempted to find something to eat in one of the busiest Singapore shopping malls on a Sunday night. Everywhere we looked, we saw countless groups of people enjoying a nice picnic. With a delicious spread of food on a blanket outside in the grass but also right outside the shopping mall. I was tempted to join them as the food looked and smelled SO good!

We should have known better seeing all those people sitting right outside the shopping mall. Yet, we followed our growling tummies and went in anyway. I wanted to turn ’round immediately though as it was crazy busy inside. So, make sure to avoid visiting the popular Singapore shopping malls on Sunday nights!

We had wandered into the Peninsula Plaza Singapore shopping mall – also known as Little Myanmar. Apparently THE place to eat for the Myanmars in Singapore because of the countless authentic Myanmarese restaurants that are located there. In case you’re looking for a particular type of food, it’s worth knowing that some of the Singapore shopping malls have strong associations with a certain ethnic culture, and cuisine. The Golden Mile Complex in Singapore for example is also called Little Thailand.

Which finally brings us to those endless food courts

The designers of those never-ending shopping malls probably also realised visitors might be stuck in there for hours.

You’ll never have to worry about getting malnourished though. Because those shopping malls always have a gigantic food court inside. Sometimes they’re even spread out over several floors.

Dozens of tasty food stalls where you can buy a delicious meal for so little money. From authentic Indonesian fried rice to Korean BBQ to kaya toast. We found out this is a super trendy snack in Singapore. Toast topped with coconut butter, sometimes served with a soft-boiled egg. People were raving about this!

Everywhere we looked, we saw locals eat this in one of the many special ‘kaya toast cafés’. Obviously we had to try this for ourselves. And as you might have expected, this also developed into this big adventure. But I’ll tell you about this in an article about the amazing world of food courts and hawker centres in Singapore.

An article about the local specialities and how to reserve a seat in a packed food hall. I was gobsmacked when I saw how the locals did this. But this is food for another day.

Did you ever get lost on holiday? Share your experience in a comment below so I don’t feel so alone, ha ha!
Thanks, Zarina xx

Save this Singapore shopping malls Survival Guide on Pinterest for later! 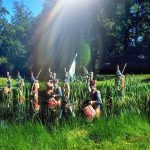 Pin It
We use cookies to ensure that we give you the best experience on our website. If you continue to use this site we will assume that you are happy with it.OK