Step inside some of the creepiest abandoned amusement parks around the world. Based on personal visits to deserted theme parks in Europe, Asia and Oceania, this article lists five eerie travel destinations.

This article may contain affiliate links. Please refer to my Disclaimer page to learn more about this.

Why are abandoned amusement parks so creepy?

The inspiration for this article came from my visit to the closed amusement park of Land van Ooit (Land of Ever), in the Netherlands. Located near my family home, I had witnessed the emergence of this children’s theme park during my teens and its demise almost thirty years later. And as life moved on, I obviously forgot all about it.

Until a few years later that is, when the local council re-opened part of the ghost park to the public. Eager to revisit one of the places from my childhood, I packed my camera and set off for the once-popular family park. Sadly, the majority of the buildings were either demolished, inaccessible or overgrown. However, its iconic Pink Castle still stood proudly at the entrance – although by now repainted in a less flashy white.

But the sight that struck me most was the collection of weathered soldiers’ statues – according to local legend soldiers from Napoleon’s army – eerily disappearing into nothing. And it was just this sight that sparked that unsettling feeling you might expect from a visiting an abandoned amusement park. It’s the sense of faded glory. A grim echo of the once joyous place in a make-believe world where all daily woes are forgotten.

I think the latter is exactly the reason why we’re both intrigued and shaken by the idea of such ghost parks. It’s the notion that even fairy-tale worlds, where we should be able to enjoy at least one day in a safe and happy environment, aren’t safe from threats from the real world. May it be a nuclear power disaster, deadly incidents or just financial mismanagement, all of the following abandoned theme parks are characterised by their haunted legacy.

I asked fellow travel bloggers to share their experience visiting some of the world’s creepiest abandoned amusement parks. The result is this article of five deserted theme parks across Europe, Asia and Oceania. Listed by continent, here are some of the most off the beaten track tourist destinations.

Visited by Claudia Tavani from My Adventures Across The World

The one in Pripyat easily is the creepiest abandoned amusement park in Europe. The fact that it is located in the Chernobyl Exclusion Zone makes it all the more eerie.

Back in 1986, before the explosion of the nuclear reactors in Chernobyl, Pripyat was a thriving, young town with more than 50,000 inhabitants. The average age of people living there was only 26! This was a happy place, and the amusement park was meant to bring even more joy.

What is ironic is that this amusement park was never even used, let alone inaugurated. It was meant to be opened on 1 May 1986, but the incidents occurred on 26 April and the town was completely evacuated short after. What remains is just a large Ferris wheel and the bumper cars. The best time to visit is in winter, when the area is under a blanket of snow, and the silence will be even more overwhelming, broken only by the occasional dog that roams around seemingly undisturbed.

Pripyat and its amusement park can’t be freely accessed. You need to join a guided tour of Chernobyl Exclusion Zone departing from Kiev in order to explore the area, which for obvious reasons is highly surveilled. Make sure to follow your guide as you can only walk on the tracks and are forbidden from touching anything. You will be checked for radiation upon entering and leaving the area.

Visited by Emily from Wander-Lush

Vietnam is home to a few abandoned amusement parks. None of them more eerie (or more Insta-famous) than the iconic Ho Thuy Tien ‘Abandoned Dragon Waterpark’.

Located on the outskirts of Hue, Vietnam’s old imperial capital, Ho Thuy Tien was built as an aquatic park and carnival complex in 2014. It only stayed open a few short years before it closed down. The exact reasons for the closure remain unknown, but it was most probably a financial decision on the part of the park’s owners.

Rundown waterslides, a grandstand, and numerous other curious buildings are among the goodies you’ll find on the park’s sprawling grounds. The most iconic structure at Ho Thuy Tien, a three-level aquarium in the shape of a dragon’s head perched in the centre of the main lake, has become a drawcard for locals and tourists alike who love to take selfies on the bridge. In its heyday, there were dozens of aquariums inside the dragon displaying fish, crocodiles and other creatures. When the park closed, some of the crocs escaped into the lake and were eventually re-homed by PETA.

It’s easy to visit Ho Thuy Tien from Hue – it’s roughly a 10km drive and all taxi drivers know it. Although the park is completely abandoned, there’s still a chance you’ll be charged a small entry fee to enter depending on which guard is manning the front gate.

Visitors get turned away from time to time, so it’s best to ask a local whether the park is currently accessible before you set off. Be sure to wear enclosed shoes as there is a significant amount of debris about.

Visited by Lyn Baker from A Hole in My Shoe

About 7km north of Sanur lies the abandoned theme park Taman Festival. Locals believe it’s home to lost spirits making it a spooky ghost town. So, if you want to explore somewhere obscure, then you might enjoy exploring Taman Festival, the Bali you haven’t seen.

Originally to be built in 1997, Taman Festival was set on 8 hectares and had a 3D Turbo Theatre. There were nightly laser shows, a man-made volcano, roller coaster and other amusement park rides and animals. There were plans to feature Bali’s largest swimming pool and an inverted roller coaster.

But the locals were always sceptical due to spirits. Urban legend was that someone died on a ride when the park first opened. In 1998 with many of the rides not completed, lighting struck causing irreparable damage. Finally, in 2000 after a decline in visitor numbers, Taman closed due to lack of funds. Today there is nothing but lost memories and the evil spirits the locals believe have taken over.

Derelict buildings are now inhabited by bats while their walls are covered in art. The complex is full of abandoned paths, decapitated statues and an eerie absence of children’s laughter. And due to the decaying structures being reclaimed by Mother Nature, it’s important to remain cautious.

Also remain wary near the crocodile pit. The story goes that the park owners, unable to rehouse the crocs, left them to fend for themselves. Some claim they have eaten humans who visit the park. So, if you visit, keep your ear out for the rustle in the undergrowth. It could just be a crocodile and given the dense foliage, your fate might be bleak if he’s looking for dinner.

The amusement park in Yangon, Myanmar closed suddenly in 2012 and nobody seems to know the real reason why. Yet, it continues to steadily attract people who’re keen to explore and want to discover something different in a manicured tourist world. Walking along the perimeter fence we found a place where the fence was broken. We crawled underneath and it was as if we had entered a different world. The sounds of the city were replaced by the sounds of the forest in this place which is very popular with urban photographers.

The jungle has rapidly taken over the rusting attractions while packs of wild dogs live beneath some of the rides. Every so often you might even hear the roar of a lion or a tiger from the nearby zoo which all adds to a surreal experience.

It’s possible to sit in some of the roller coaster cars and dodgems or pretend to ride the horses on the carousel although everything is now covered with a layer of mould and dirt.

Locals say that the park is haunted with the ghosts of children who died in accidents on the rides. It certainly feels haunted as you walk beneath the roller coaster with its peeling paintwork. Trees and vines grow between the structures and lichen and moss cover the pathways. The once bright colours are muted yet you can still see the old vending machines, the arcade games and the advertisements.

If you want to see something a little bit different in Myanmar give this place a go. However, I personally wouldn’t want to go alone nor at night because it really does feel as if somebody is watching you!

Attracting tourists from Perth’s mining boom, Two Rocks built the hottest fad in 1980’s tourist attractions; a marine park! Atlantis Marine Park opened its doors in 1981 with seven bottlenose dolphins, captured from the wild and trained to do tricks. It also featured an aquarium, penguins, turtles, and leopard seal, now immortalised as a statue in the park. It was modelled on an amphitheatre, with a massive statue of the Roman god of the sea, Neptune, overlooking the main attractions.

After the park’s first three new-born dolphin calves, it became obvious that Atlantis wasn’t prepared for the future. Suddenly at overcapacity, they were no longer legally complying with minimum ethical regulation. The park officially closed in 1990. They tried releasing the dolphins back into the wild. But since they had become so dependent, several of them had to be adopted by Perth’s main aquarium.

What remains now is the cartoonish but creepy Neptune, a bunch of small statues of seals and dolphins, and the remains of the concrete pens used to keep the animals. The highly vandalised Neptune officially reopened in 2015, but it wasn’t obvious when I visited. The park is very overgrown, and it’s easy to lose track of the path, so take extra care when visiting. There are no lights, so go during the day. Next door are the Waugal monoliths, created by the same sculptor of the Atlantis statues. The Waugal are mythological spirits of the local indigenous Noongar people.

For public transport from Perth, take a train to Butler station in the northern suburbs, then take the 490 bus. The bus stops at a small shopping centre next to Atlantis. This is also a good place to park if you drive.

Liked this article? Pin it for later! 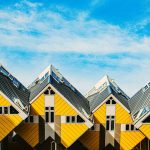 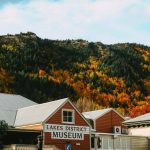 5 of the Most Beautiful Small Historic Towns in New Zealand